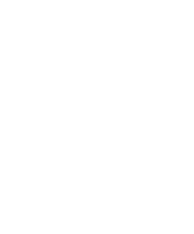 The periodontist is specialized in the treatment of gum disease and the bones supporting the teeth. His practice also includes periodontal surgery and dental implants.

Originally from Québec City, Dr Martineau received his diploma specializing in periodontics from Université Laval. He is a member of the Royal College of Dentists of Canada.

Dr Martineau brings a passion to dentistry. He is a clinician at McGill University and received the Outstanding teaching and mentoring in Periodontics award from the American Academy of Periodontology in 2011.

He has a private practice in Lachine and Ste-Catherine. His fields of interest are the treatment of periodontitis, periodontal plastic surgery and implantology. With his friendly approach, he will work closely with you to ensure your periodontic health.

Doctor Youssef Bouhout is a graduate of the Faculty of Dentistry at Laval University in 2014. The following year, he finished a one-year multidisciplinary program at Laval University while practising in a private office during this period. Dr. Bouhout then completed his training in periodontics at Laval University in 2018 and is a Fellow of the Royal College of Dentists of Canada. He also earned his master’s degree in dental science in the treatment of periodontitis by laser the same year. During his studies, he was the recipient of several awards for academic excellence, including a distinction highlighting his professionalism and the excellence of his academic results at the graduate level.

His 3-year periodontics training allowed him to specialize in surgical and non-surgical treatments for various periodontal diseases and the placement of dental implants. Dr. Bouhout is also trained with the latest and most effective techniques in the field of gingival restorative and aesthetic surgery as gum grafts.

Doctor Youssef Bouhout practises periodontics and implantology in the Montreal region and in Trois-Rivières. He is also responsible for clinical teaching in the multidisciplinary residency program at the Montreal General Hospital affiliated with McGill University. Dr. Bouhout is always concerned about the well-being of his patients and meticulous in his care. His empathy, professionalism and patience are the key to a climate of trust that is important to him.

Dr Hatefi is a graduate of the Faculty of Dentistry at McGill University (2002). She subsequently completed a multidisciplinary residency at the University of Pittsburgh in 2003. She pursued post-graduate studies in periodontics and a master's degree in dental sciences from Laval University in 2007.

Dr. Ryma Kabir is an assistant professor of periodontics at University of Montreal, where she has been teaching periodontics and implantology to graduate and undergraduate students since 2019. She is also a clinician and researcher at the Montreal University Hospital Center (CHUM), where she is involved in the oral health management of cancer patients of the ENT sphere. She has a private office practice in Lachine and Ste-Catherine. Doctor Kabir is also a guest professor at both the graduate and undergraduate levels in the Faculty of Dentistry at Laval University.

She completed her DMD and multidisciplinary residency certificate at University of Montreal respectively in 2015 and 2016. She then went on to specialize in periodontics and obtained her master's degree in Dental Science at Laval University in 2019. The same year, she was awarded a Fellow of the Royal College of Dentists of Canada in Periodontics.

Dynamic, dedicated and empathetic by nature, Dr. Kabir values the well-being of her patients. By being attentive to them, she can work alongside her team to meet her patients' needs.

Are you a new patient?

You can complete our online medical form